If you don’t know what Russian magic is, you will find out ! This supersoloist brillantly finds inspiration from a wide repertoire … - Télérama

Mikhail Rudy is an artist of great creativity and charisma, whose virtuosity and poetic imagination have enthused audiences all over the world for 40 years.

Awards Among Rudy’s many recordings are more than 30 works for the EMI Classics label, many of which have been awarded prizes. In a special issue of BBC Magazine, Mikhail Rudy was named among the world’s 20 greatest pianists.

Artistic projects and collaborations Passionate in artistic projects of all kinds, Mikhail explores various creative forms of concerts. His autobiographical « The Novel of a Pianist », published in 2008, was unanimously acclaimed by the critics. In 2010, in collaboration with the Centre Pompidou and the Philharmonie de Paris, he produces an animated film based on Kandinsky’s staged version of The Pictures at an Exhibition composed by Moussorgsky, which he performs in concert version all around the world (Guggenheim Museum in New York and Bilbao, Moscow, Saint Petersburg, Milan, London, etc.) In November 2019 the film is projected for the first time with orchestra at the Philharmonie de Paris accompanied by the orchestra Les Siècles.

In 2013, on the Chagall family request, Mikhail creates an animated film based on Chagall’s unpublished sketches and final version of the Paris Opera ceiling. After its launch at the Chagall Museum in Nice, Rudy plays the project « Chagall the Sound of Colours » throughout the world. In 2015, he is co-curator of the Chagall exhibition: « Marc Chagall, the Triumph of Music » at the Philharmonie de Paris, an exhibition which is later presented in Montreal and Los Angeles in 2017.

Many collaborations with artists from various backgrounds include cult film-makers The Quay Brothers, the legendary techno musician Jeff Mills, actors Robin Renucci and Denis Lavant, the Norwegian jazz musician Misha Alperin or the great visual artist Philippe Parreno with whom he collaborates in major projects in Milan, Porto, Florence, the Palais de Tokyo in Paris and Park Avenue Armory in New York where Mikhail performs daily during two months.

He is a regular guest of the Fondation Beyeler in Basel, where he creates several performing projects including the piano version of Scriabin’s Prometheus with Austrian visual artists Arotin & Serghei.

Festivals Mikhail Rudy was the founder and artistic director of the Saint-Riquier Music Festival for 20 years. In 2019, he forms a new festival: Impressions in Vernon-Giverny, of which the concept is to create dialogues between different art genres. In 2018, at the launch of the festival, Mikhail gathered with him actor Michel Bouquet and singer Nathalie Dessay. In 2019, the festival presents an eclectic program ranging from baroque to electro music, with artists such as Marie-Agnès Gillot. All year round, Mikhail is developing a large educational program for young people in the region all along the year.

Recent highlight In 2019, he participates in the famous experimental project of Russian producer Ilya Khrzhanovsky DAU at the Théâtre de la Ville and at the Théâtre du Châtelet in Paris, giving fourteen recitals during the projet period.

LIMOGES : MIKHAIL RUDY AND MARIE-AGNES GILLOT AT THE LIMOGES OPERA HOUSE IN OCTOBER 2020

The ambition is to bring the arts together, “music, from classical music to jazz, dance, literature and even the visual and digital arts”. 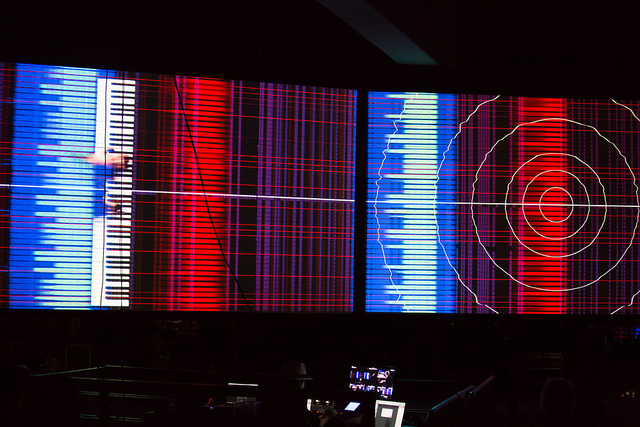